Jimmy Fallon is known for taking talented musicians and doing a hilarious rendition of their song in the music room. But the part that makes the music room segment on The Tonight Show so memorable is the fact that it is done using classroom instruments.

Jimmy has done the segment with many talented musicians in the past, including Adele and Meghan Trainor, but his latest partnership with Metallica may have just made it to the top of the favorites board. 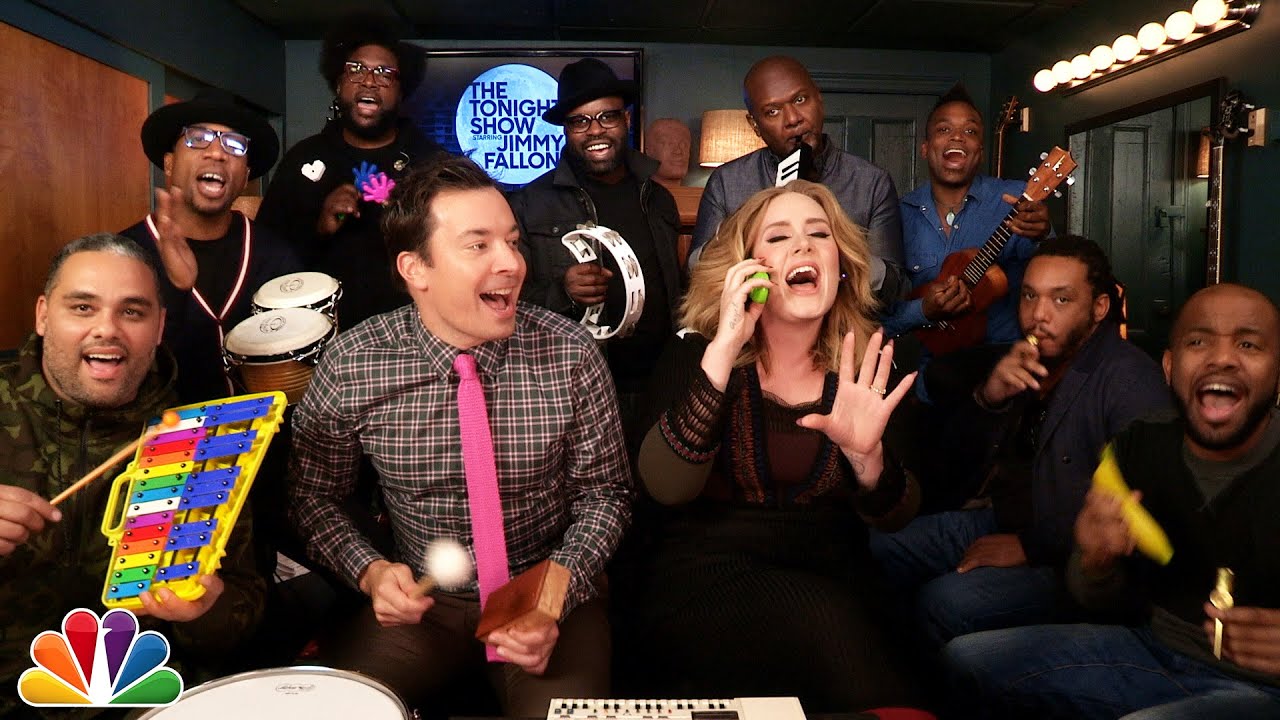 The talk show host and The Roots joined the heavy metal rock band Wednesday evening to perform a rendition of their 1991 hit “Enter Sandman.”

Jimmy Fallon rocked a Metallica T-shirt, while others wore Tonight Show and The Roots shirts.

Even with just classroom instruments, the song was a hit. Metallica’s lead singer, James Hetfield, was in charge of vocals while playing a colorful horn. Other instruments that accompanied the song included toy drums, kazoos, and the xylophone.

Check out the entire video below!

The group looked like they were having a blast recreating the song. Plus, you’ve never truly experienced Metallica’s hit until you’ve heard it with toy drums and kazoos.